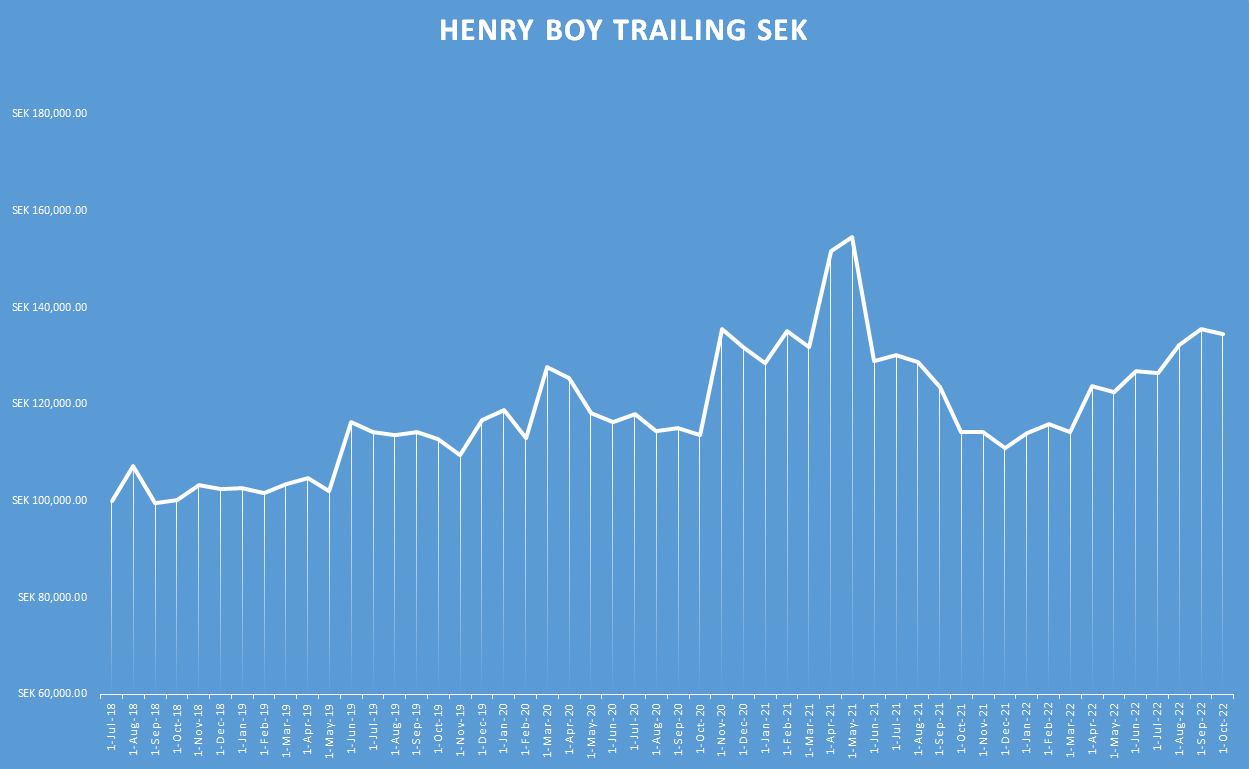 Henry Boy Trailing program after deduction of all costs in SEK 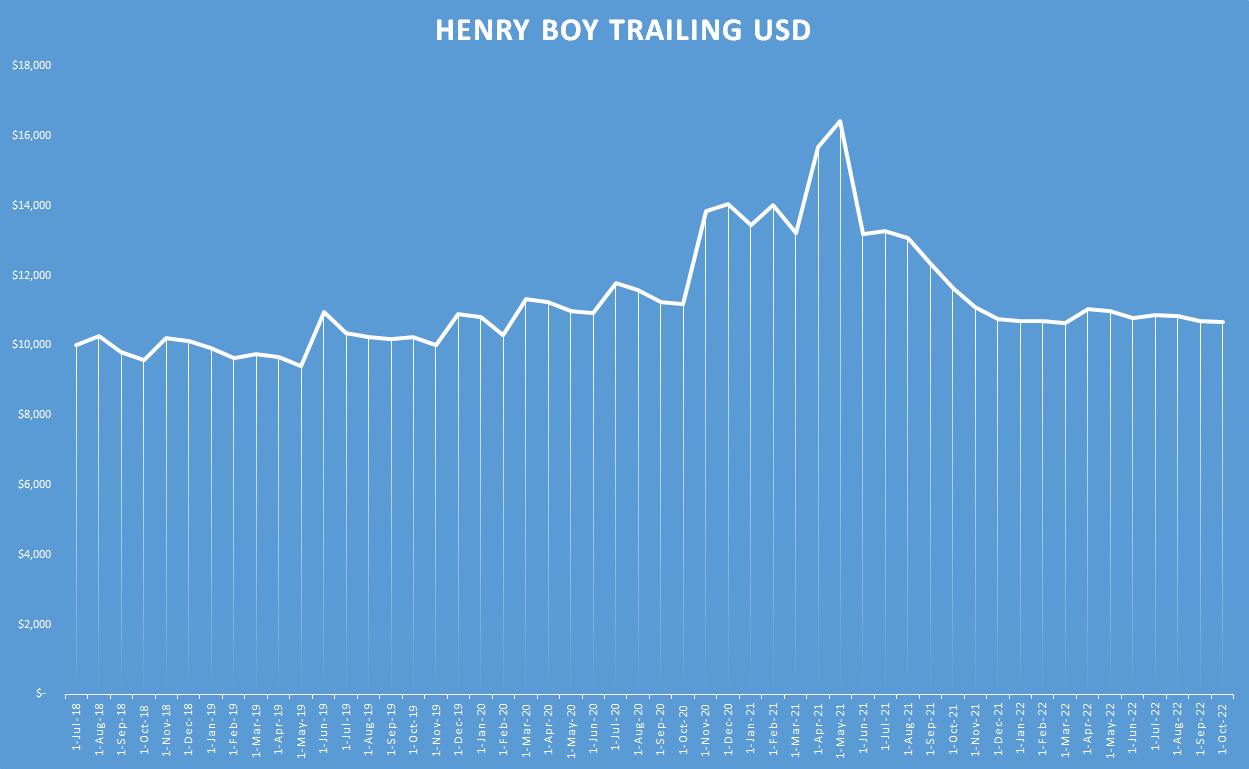 Henry Boy Trailing program after deduction of all costs in USD

With a bat average of 50%, Henry Boy Trailing has shown a gain historically, since the winning trades are larger than the losses.

Henry Boy
Henry Boy is a model focusing on very short term trends, from hours to a few days, mainly in the currency and commodity markets. There are four strategies with the same entry base but different exit: Trailing, Target, Limit and Tranquilo. The seemingly small difference in exit makes all four unique, with big differences in the end result.

The Henry Boy strategies are systematic, with a set of rules for entry as well as exit, however, it is up to the fund manager to select the markets and the most interesting setups. 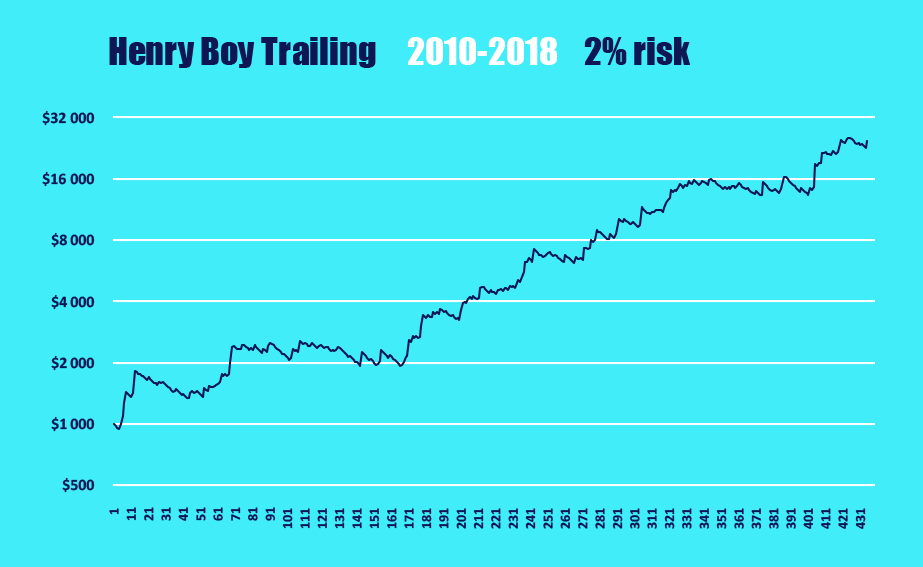